There are a lot of us out there that have been doing work and research in the world of hypnosis and hypnotherapy. And while there is still a lot to learn about both of these, it’s likely that there are a lot of different things that people don’t know about it. In this article, we’re going to take a closer look at what is involved in hypnosis with 5 strange facts that most people don’t know or realize about this powerful and helpful tool. 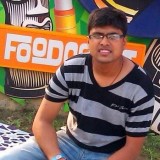